History of the Africa Museum

The museum was founded in 1954 at the behest of Catholic missionaries working in Africa to give an insight into the experience of the people with whom they worked there.

The Africa Museum would not have existed without the fathers of the Congregation of the Holy Spirit. This Catholic congregation dates from 1703, but only became active in the Netherlands in 1904. As a missionary congregation, its members were mainly stationed in African countries. In the 19th century these missionaries were focussed on converting those they saw as heathens, but in the 20th century they became increasingly interested in African culture. This led to them to collect African religious objects: the start of the Africa Museum’s collection.

The Africa Museum was founded in 1954 by Father Piet Bukkems (1900-1970), a retired missionary, in Villa Meerwijk in Berg&Dal. The museum was originally intended to inform interested parties about the importance of the mission in Africa in the hope of garnering donations or new members of the congregation, but also to offer the Dutch public an insight into how people lived on the African continent.

Due to the fast-growing visitor numbers the museum’s premises soon became too small. Plans were made for a new museum to be situated behind the villa. This was completed in 1958 and father Piet Verdijk (1915-1996) became its director. The mission of the new museum was to generate widespread public interest in sub-Saharan Africa, both in general terms and as an area of scientific interest. To attract a broader public, a life-sized replica of an ‘African village’ was built alongside the museum. Over the years this outdoor attraction was increasingly expanded to include replica compounds from Ghana, Benin, Mali, Cameroon and Lesotho.

The side of the museum premises in 1967, featuring the flamingo pond in the foreground and the roofs of the ‘African village’ in the background. (Eisenburger, 1988, 36)

The museum continued to take a faith approach for quite some time, employing Catholic priests on its staff. But over the years its exhibitions gradually changed in tone. While an exhibition mounted in 1963 still focused on ‘Strange people and their religions’, by the 1970s and 1980s the emphasis had shifted to that which museum visitors had in common with inhabitants of the African continent. Exhibitions increasingly took on universal themes such children, mourning and birth.

The struggle for African independence and the subsequent decolonisation of African countries changed the priests’ thinking. Using the same faith-based collection, they attempted to tell the story of Africa from a new perspective. In the Nineties the museum began to augment its collection with contemporary art by African artists and the African diaspora. By adding contemporary art by African makers, the museum seeks to include the African perspective. 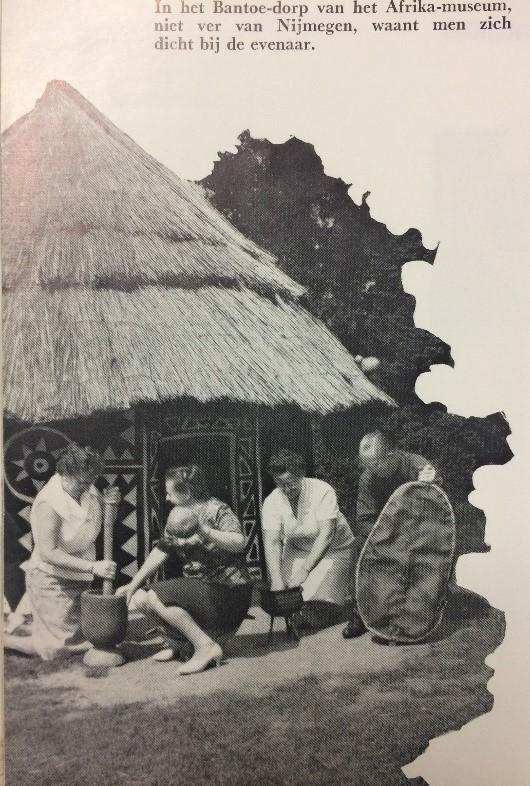 A photograph featured in a promotional leaflet. The caption reads: ‘In the Bantu village of the Africa Museum outside Nijmegen, people feel like they’re near the equator.’ Scrapbook 1956-1960

The Africa Museum’s interior in May 1972, as featured on the cover of Gelderland Nu magazine.

Since the merger in 2014 the Africa Museum, together with Leiden’s Museum Volkenkunde and the Tropenmuseum in Amsterdam, has become part of the Nationaal Museum van Wereldculturen (the National Museum of World Cultures). In taking this step the Africa Museum definitively abandoned its original faith-based approach as a missionary museum. 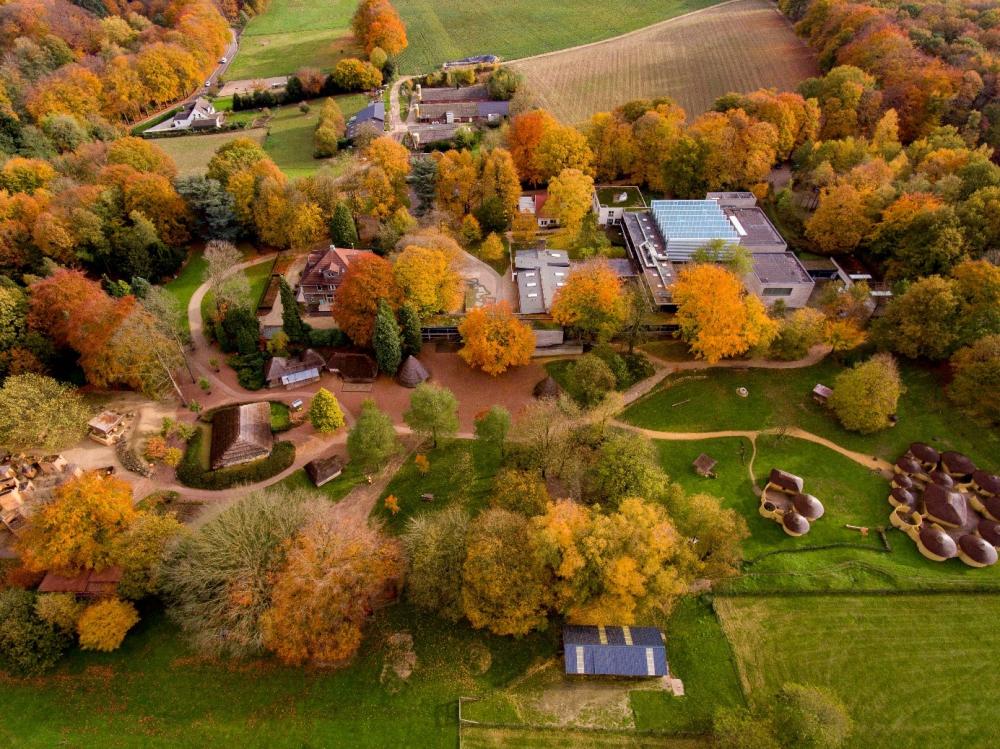 The museum is open from 10 am to 5 pm from Tuesday to Friday. On Saturday and Sunday from 11 am to 5 pm.

During all national school holidays we are also open on Monday.